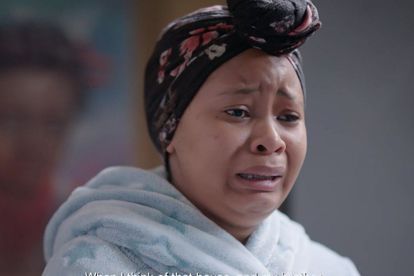 Fans of #TheRiver1Magic have complained about the lack of character development and repeated storylines season after season.

The Moja Love cheating show is now neck and neck with Gomora with 1.23 million views, whilst Gomora sits on 1.26 million views according to the Broadcast Research Council of SA.

Gomora got saved by Langa’s (Siya Xaba’s) death storyline which aired towards the end of June.

Head of Moja Love Bokani Moyo had this to say to Sowetan:

As Moja Love, we are excited about Uyajola’s feat of ranking second after Gomora in the month of June.

This is a reflection of the quality content we continue to deliver that resonates with our audiences,”

We take pride knowing that every piece of content we produce and deliver mirrors what is happening in our communities and speaks to our audiences.

As a channel, our brand promise is to continue delivering entertaining television, with an educational and informative value.”

The show has been trending daily since the Kwaito (Clement Maosa) and John (Africa Tsoai) DNA debacle and Meikie’s (Harriet Manamela) shooting saga.