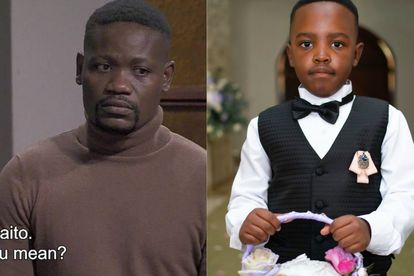 The theory began at Mapitsi and Tbose’s (Clement Maosa) wedding last week where Pitsi was the ringbearer and Kwaito was the best man.

They noticed that Pitsi (Lethabo Thangoane) is a spitting image of his uncle Kwaito and are now convinced that Kwaito is his biological father and not Tbose.

KWAITO IS NOT THE FATHER

This theory is false though as Kwaito lost his virginity to Lelo Mthiyane (Amanda du Pont) and Mapitsi lost her virginity to Tbose.

KWAITO IS A TRUE MAPUTLA

Also read:‘Skeem Saam’ Review: Who will Sonti date now that she’s back?