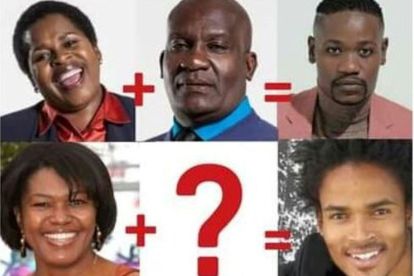 Has anyone noticed how different Leeto (Eric Macheru) looks from the rest of the Maputlas?

Just like Kwaito (Clement Maosa) never resembled any of his sisters, Leeto doesn’t look like his “father” John (Africa Tsoai) or the rest of the Maputla clan.

His skin tone is much lighter than that of his family members and from a young age, he has always behaved differently to his brother Thabo (Cornet Mamabolo).

Meikie (Harriet Manamela) has always loved Thabo (Tbose) more than Leeto; even when Tbose has been on the wrong side of the law.

His own family even kicked him out last year and one can’t help but wonder whether Meikie loves Tbose more because he is John’s son and can’t stand Leeto because her reminds her of his real father.

Meikie once advised Mantuli to take her secret to the grave. Was she referring to her own secret?

If Leeto is indeed not John’s son, Meikie will be forced to forgive her husband for cheating on her.

John cheated on her with Charity Ramabu (Makgofe Moagi) and Mantuli (Dieketseng Mnisi), but Meikie has always been the good wife and therefore she will suffer humiliation when her secret comes out.

Leeto will be devastated if he’s Marothi’s son because he hates him. He’s represented Marothi before as his lawyer and therefore knows his dark side.

To make matters worse, Leeto admires John and has always wanted to please him and be like him.

ALSO READ: ‘Skeem Saam’: Who is the next Mrs Leeto Maputla?

What we expect from Kaizer Chiefs on Wednesday night