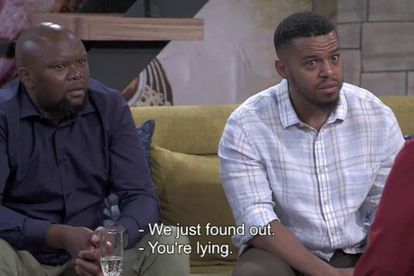 The Seakamelas will finally visit Lehasa in Johannesburg tonight (24 September) and announce that Pretty is pregnant with his child.

The teaser for tonight’s (24 September) episode reveal that Lehasa will reject the baby as his.

His uncle Phumulo (Sam Shale) will however try to make amends with the Seakamelas whilst Lehasa wants nothing to do with them.

The only thing that will convince Lehasa that the baby is his, will be a paternity test.

Her family will most likely refuse for Pretty to prove that the baby is Lehasa’s as they don’t get along with him.

Pretty (Lerato Marabe) revealed that she is 13 weeks pregnant, this means that her fetus can now be detected in her blood.

WHY LEHASA SHOULD DEMAND A PATERNITY TEST

Pretty cheated on her boyfriend Katlego (Patrick Seleka) with Lehasa and didn’t use protection.

WHY LEHASA DOESN’T WANT THE BABY

He is in a relationship with Nothile (Mbali Mavimbela) and doesn’t want Pretty anymore.

He knows that the baby will ruin his chances with Nothile.

The October teasers from TVSA states that Nothile and Lehasa will try to overcome the pregnancy news as a couple.

This will break Pretty’s heart because she doesn’t want to raise the baby alone.