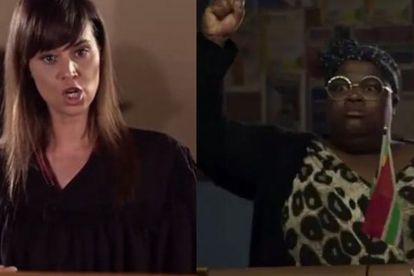 Skeem Saam’s Meikie (Harriet Manamela) is in dire need of badass lawyers to get her out of the mess she’s created.

Meikie got excited when her son, Leeto (Eric Macheru), mentioned that the family should hire one of Limpopo’s finest lawyers, KG Mathabatha to represent her.

But her dream was dashed when her husband, John Maputla (Africa Tsoai) dropped KG because she was too expensive for the Maputlas.

She is currently represented by Advocate Bopape (Patrick Bokaba) whom viewers have no confidence in.