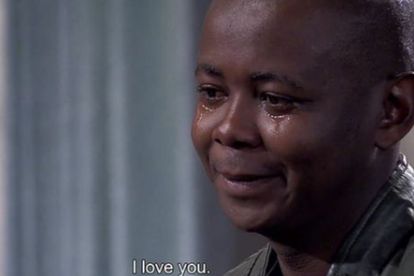 SABC 1’s educational soapie, Skeem Saam has confirmed that actor, Cornet Mamabolo whose been playing the role of Thabo ‘Tbose’ Maputla since season one has taken a break from the show to focus on his personal interests.

The show revealed the news on their Twitter account last night, after a viewer asked the show if Mamabolo is permanently leaving.

The 31-year-old actor, also stated on his Instagram account that he’s taking a break from his role as Tbose to focus on his insurance business, Digni Financial Services.

The actor-entrepreneur recently left fans concerned after he shared a picture of himself with a cast on his arm on his Instagram account.

Mamabolo says he has a fracture, had to put on a cast, and that doctors recommend he put it on for a few weeks and also assured fans that he’ll be completely healed by October.

OTHER ACTORS THAT TEMPORARILY EXITED THE SHOW

Actor Thabo Mkhabela who plays the role of Leshole Mabitsela on the show, also temporarily exited the soapie in June (2021) to fulfill his pilot dreams.

According to the storyline, Mkhabela’s character Leshole who was studying to be a pilot finally got his wish when he was offered a position out of his hometown (Turfloop).

Neither Skeem Saam nor Mkhabela confirmed his departure from the show as his exit is part of the storyline and temporary.

There were rumours that media personality and actress, Amanda du Pont who plays the role of the villainous, Lelo Mthiyane also exited the show.

The rumours began in November 2020 when the actress joined BET_Africa’s drama series, Isono to play the role of Mamba.

Neither the show nor the actress confirmed her departure from Skeem Saam since her last appearance in 2020.