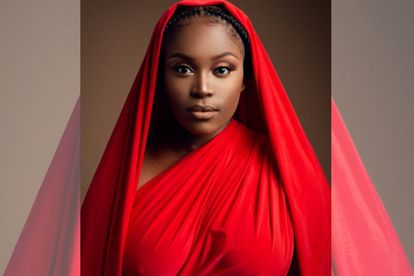 Housewives and Scandal! actress Sinevathi Mabuya’s who is known for playing Xolile says her acting dream turned into reality when she met the late Shona Ferguson.

Mabuya opens up about how she pursued her dreams and turned them into reality in an interview with Sowetan.

Scandal! and Housewives actress Sivenathi Mabuya who is known for her role as Xolile has always dreamt of being a superstar from a young age.

She completed matric in 2010 left her hometown for Johannesburg and worked as an assistant at a media monitoring company.

The actress then entered into a MAQamovie competition for amateur actors, and won.

“That’s how I ended up being in the industry. I used to watch YoTV and I was a huge fan of the presenters, so much so that I also wanted to be like them.”

Mabuya adds that the late Shona Ferguson was one of the judges for the competition.

“The person who gave me my first job was Shona Ferguson.”

“He was one of the judges at the MAQamovie competition.”

“Shona told me he was working on a show called iGazi and wanted to give me a shot in one of the small roles.”

Even though she didn’t land a role in iGazi she went on to star in local films such as The Ring, The Lucky Specials, The Hot Zone, and now stars in e.tv’s series – Housewives.

She exited the soapie in September after her on-screen mother – Boniswa Langa and her on-screen-husband – Romeo Medupe got killed.

The actress bid farewell to the show to join Housewives alongside The Queen actor Loyiso McDonald, Happiness is a four-letter word actress Renate Stuurman and many more talents.

Scandal! Fans were saddened by her departure as they adored her and loved her character..

Top 10 ranked tennis players: How influential they are on Instagram

‘Not nervous’: Black Alien to halve penis in next body procedure

Orlando Pirates striker to join rivals and reunite with ex-coach?