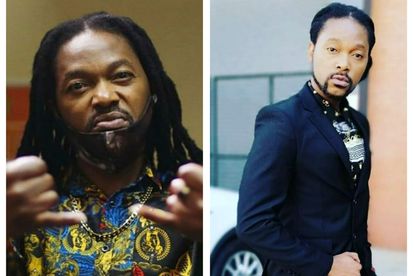 Simphiwe Majozi has revealed that he grew up singing. Images via Instagram: @simphiwemajozi_sa

Simphiwe Majozi has revealed that he grew up singing. Images via Instagram: @simphiwemajozi_sa

Actor and music sensation Simphiwe Majozi told Daily Sun that his background in music pushed him to pursue a career in the entertainment industry.

Despite the music genre he has branched into, Simphiwe says he was inspired by the members of the Avante gospel group.

The actor says he was inspired by their talent, powerful songs and the way they handled themselves in the music industry.

Simphiwe also opened up about his family and said that they grew up in a singing household, he started making music in 1999.

“We would rejoice and praise God through gospel music…It was a wonderful thing to do…I was always out there singing before I joined acting,” he said.

Daily Sun says Simphiwe used to sing and perform at local theatres. He said he also worked with several musicians.

“I have worked with Prince Bulo and rapper Duncan…They are great musicians who love and respect their craft so much that they give their all in everything they do,” he said.

Simphiwe released a single titled Ukhiye last year, which was followed by Amalobolo early this year. Both songs are doing well on digital platforms.

“His latest single is titled Nizobona Ngomopho, and he plans to release more music soon. Simphiwe said he doesn’t limit himself when it comes to music, so he does both Afro-pop and amapiano,”says the publication.

“I am very versatile as an artist and actor and this is what I do best,” he said.

Simphiwe said he would like to work with talented artists such as Sjava, Big Zulu and Njabulo Ntaka in the future so that they can cook something beautiful together.

“They produce great sounds and I am ready to make people dance a lot,” the actor said.