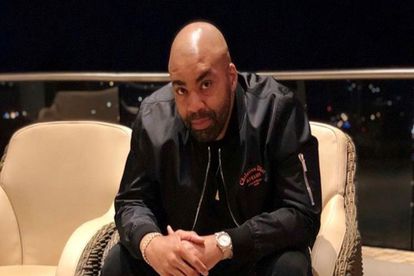 Late actor, producer, and co-founder of Ferguson Films, Shona Ferguson, announced the return of season two of the award-winning series, Kings of Jo’burg back in April before his death on 30 July.

While sitting in his Lamborghini, he announced the making of Kings of Jo’burg season two was in progress.

The actor was recently (October) in the headlines after his widow, Connie Ferguson, announced that he won the award for Best Actor in a drama series at the Hollywood and African Prestigious Awards (HAPA) for his role as Simon “Vader” Masire..

Although his life was tragically cut short, his work and talent live on.

Fresherslive announced in August that season two of the hit series will premiere on Netflix on 3 December though there’s been no official confirmation from his family and his production company.

Season one of Kings of Jo’burg was released on 4 December 2020 and received great reviews from viewers across the globe.

Shona starred as Simon “Vader” Masire, a KOJ brotherhood member and leader who called the shots and often cleaned up the mess.

His character, Simon was a charismatic brother who ran the family’s affairs and had demons that made him powerful.

Will his character be killed in season two, or will Ferguson Films pull a magic trick to keep the Sho Going?

The South African will keep you updated as soon as the production company confirms season two’s release date and more information.