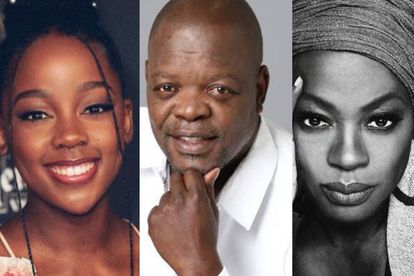 Entertainment commentator, Phil Mphela, confirmed on Twitter this afternoon (4 November) that the actor will also be joining Star Wars actor, John Boyega, in the upcoming movie.

Mphela also announced that more local talents will be joining Sebogodi and Mbedu as the film is reportedly shot in Cape Town, South Africa.

The film is directed by Gina Prince-Bythewood and is inspired by true events that took place in the Kingdom of Dahomey in the 18th and 19th centuries.

Sebogodi’s fans speculate he will play a villain role as his character has not been confirmed yet.

BACKGROUND OF THE EPIC FILM

The story follows Nanisca, the general of an all-female military unit, and Nawi, an ambitious recruit.

Nanisca and Nawi together fought the enemies that violated their honour, enslaved their people, and threatened to destroy everything they lived for.

The script was written by Dana Stevens and the film will be produced by Cathy Schulman alongside Davis and Tennon of JuVee Productions and Maria Bello of Jack Blue Productions.

“I can’t wait to create with our director Gina Prince-Bythewood and our talented cast. It’s a personal joy to see black women shine like this.”

Animal sighting: Crab takes on a pride of lions – WATCH

‘I was mourning a death’: Enhle on checking into a mental institution