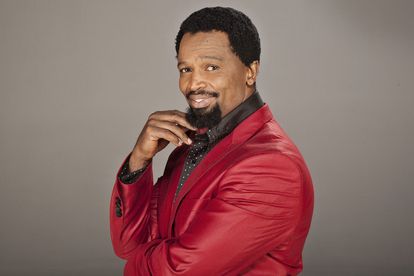 The popular actor Sello Maake ka-Ncube, who exited The Queen in 2019, confirmed his return to the show to Daily Sun and  revealed that he made peace with the married duo and creators of the show, Shona and Connie Ferguson.

“I’m getting old and can’t hold grudges. I hope going back sends out the right message as I have no issues with the Fergusons.”

Though the actor never confirmed nor denied his grievances with the Fergusons, fans rumoured the actor and the production company parted ways because of salary disputes.

Kgosi is a humorous, flamboyant gay man who often puts his sister, Harriet Khoza, and brother-in-law, Brutus Khoza (played by Themba Ndaba), in their place and has never been afraid to speak his mind.

News of the actor joining the show was also confirmed by Shona Ferguson who hinted on his Instagram account that he will be returning when he posted a video of Sello Maake ka-Ncube recently.

This won’t be the first time that Sello Maake ka-Ncube and Connie Ferguson will play siblings on television.  The duo were also siblings in the 90s on Generations when they played the roles of Karabo Moroka and Archie Moroka.

So, what can ‘The Queen’ fans expect from Kgosi this time round?

Kgosi and Schumacher played by Vuyo Ngcukana will not be re-uniting as a couple just as yet as Kgosi will have his hands full with a new character (Olerato) that will be joining The Khoza’s with him. It is unclear who will play this character as the show hasn’t announced a new arrival yet…

What we know at this stage from the teasers is that the new character will create division among the Khoza’s and is definitely related to both Harriet Khoza and Kgosi.