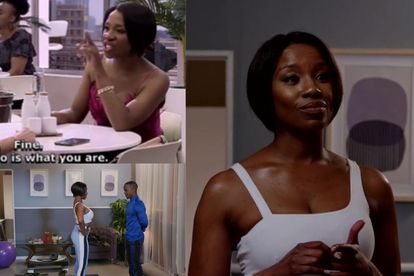 The late actress Busi Lurayi’s last curtain call was to play the character of Me’Shell, a long-time friend of Layla McKenzie on Scandal!. Viewers and fans of the star are finding it hard to watch the actress, who passed away on Sunday, 10 July while shooting the character.

Her character Me’Shell is also a housewife, who’s married to a wealthy businessman and she’s on the hunt for “extra-curricular activities”.

Me’Shell is cheating on her husband with her personal trainer CJ, played by Thulani Hlatshwayo. She also pays CJ more money for satisfying her other needs and recommends his services to her friend Layla, played by actress Natasha Sutherland.

Drum Magazine reveals that things will take a turn for the worst when Me’Shells bodyguard finds her and CJ in a compromising position.

Fans of the soapie should also be aware that Lurayi’ close friend Thuli Thabethe will see her story through as the late actress couldn’t complete her scenes/storyline.

“Oooh, Nkosi yam It’s going to be one emotional episode for sure.”

“I actually cannot wait to hope her family heals.”

“May her soul rest in peace.”

“Oh man, may her soul rest in peace.”