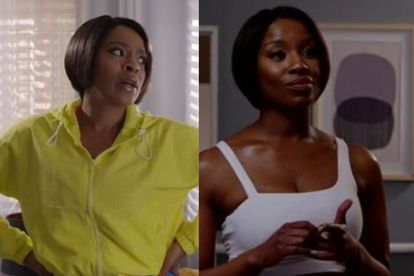 The Scandal! actress Thuli Thabethe took over the role of Me’Shell, which was previously played by the late multi-award-winning actress Busi Lurayi.

Lurayi, who died on 10 July had joined the e.tv soapie shortly before her untimely death and her last performance was on 2 September.

The character of Me’Shell is a wealthy businessman and a friend of Layla McKenzie, (played by Natasha Sutherland).

In the soapie, Me’Shell is also a bored wife who seeks attention from CeeJay for “extra-curricular activities”.

Thabethe revealed in an interview with TshisaLIVE that she accepted the role “with great compassion” respected Busi as an artist and was grateful for the opportunity to take over from her.

“It is an honour to be an understudy to such a prolific, talented artist. Busi became the character, I always said, the rest of us would put in work and act but she would become the character.”

“Stepping into the character of Me’Shell who had been played by Busi, I know that I would have big shoes to fill. I am thankful for the opportunity from Scandal! and e.tv for trusting in my ability to continue with the work she started. I am honoured and blessed.”

This is the second time Thabethe takes over Lurayi’s role as she also took over the late actress’s role in SABC1’s sitcom City Ses’la as Phumzile.