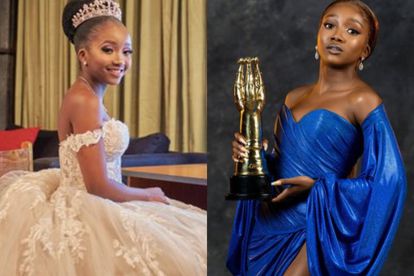 Scandal! fans have been wondering what actress Nomvelo Makhanya next project will be after she exited the soapie as Lindiwe Ngema-Maseko earlier this month.

Iharare reports that Makhanya revealed in a question-and-answer session on Instagram that she will not be joining another soapie after playing Lindiwe for a decade.

The actress added that she wants to explore other things when fans of the e.tv soapie enquired on social media. .

“I’m definitely not looking to be going into any “soapie” work anytime soon…I want to explore other things & being on a soapie won’t give me the time to do what I want.”

Makhanya added that if she does however join another soapie, she’ll do it for a maximum period of one year.

The publication adds that she’s been spending time in the studio, which suggests that the 26-year-old actress may be pursuing a career as a musician.

Makhanya recently received a SAFTA for Best Supporting Actress as Ntombi in a Netflix feature film I Am All Girls.

She tells Daily Sun that it still feels surreal and exciting that she won the award.

“It is still very surreal. But it was a very exciting time and a very validating moment.”

“No but this feels so real Nhlamulo is tearing me apart.”

“You had better characters to kill like Freddie, Mdala, or even Mr Zuma but you chose Lindiwe? Voetsek!”

“I know it was probably impossible to bring Scelo since he left Scandal ages ago but at least Kgosi hle… “Ntwana”.