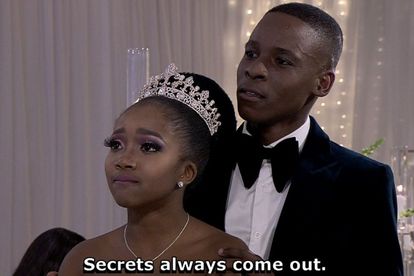 While some were pleased about his exit as he was emotionally abusive towards his wife for years, many also wept for him.

#etvScandal also killed Romeo’s (Hungani Ndlovu) character after Mlungisi’s body was ditched by his daughter Lindiwe at the river.

Nobody expected his daughter to leave her father’s lifeless body at the river, but she did….

She chose her man over her father and then went on to get married as if nothing happened.

Actress Lusanda Mbane’s character Boniswa will also be leaving when the Mambas expose her.

Romeo’s mother, Grace Medupe (Bathabile Mashigo), and his wife, Xolile, will also expose her when they realise that Boniswa is the one responsible for Romeo’s death

Viewers were left disappointed in the storyline of Scandal! as Romeo was literally the only person capable of stopping Boniswa.

Lindiwe (Nomvelo Makhanya) might’ve finally gotten married to the love of her life but she won’t be married for long.

She seems to have a severe case of bad luck on the show:

The show seems to be obsessed with deaths at a wedding:

HERE WERE ALL THE MOMENTS FROM THE WEDDING

Also read:‘Scandal!’ fans call for Jamie Bartlett and Sello Maake to save show