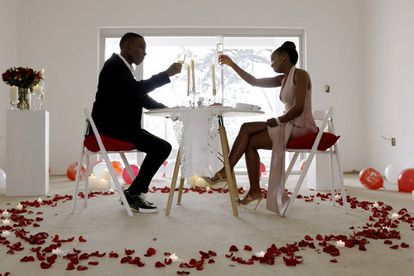 Viewers of Scandal! feel that Mdala (James Sithole) has fallen in love with Nhlamulo’s wife – Lindiwe.

His reaction from last night’s episode indicates that he cares deeply about her and doesn’t want her to get hurt.

Scandal!’s Mdala seems to have caught feelings for Lindiwe (Mvelo Makhanya) – who is married to Nhlamulo.

Lindiwe got kidnapped by one of Mdala’s friends last night after Nhlamulo scammed Mdala and his customers at his restaurant.

Mdala seduced Lindiwe and convinced her to sleep with him so that he can punish her husband.

He’s now caught feelings and doesn’t want her to get hurt by the kidnappers.

Mdala’s wife is also worried that he might leave her for Lindiwe as he’s concerned for Lindiwe’s well-being.

Scandal! fans also reckon that Lindiwe might leave her husband for Mdala because he’s got more money than her husband.

Lindiwe feels guilty for cheating on her husband with Mdala but hasn’t gone back home to fix her marriage with Nhlamulo (Mathews Rantsoma).

I hope Lindi is rescued.”

“But I Also want this kidnapping ordeal to scare her so good, such that she’ll never go near Levels or Mdala ever again.”

“Nhlamulo and Mdala remind me of Mtunzi and Romeo, and in this case Nhlamulo is Romeo, he will always be smarter.”

“She brought it upon herself.”

“This reminds me of a saying: ‘the stubborn house fly follows the corpse to the grave’.”

“I hope she gets rescued for the sake of Nhlaks. I hate to see him suffer”

“Yeah Man I thought he knew anyway he should save her his friend is crazy.”