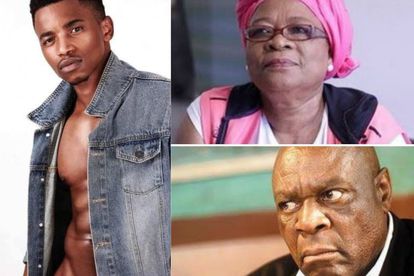 The actors will make their first appearance in early April according to entertainment commentator Phil Mphela.

Viewers of the telenovela were also thrilled that Zone 14 star– Patrick Ndlovu who is known for his villain role as Ntate Moloi has also joined the show.

Former Scandal! actor Sandile Mahlangu who played the leading role of Sbu Thwala in Netflix’s How To Ruin Christmas seasons one and two has also bagged a role on the Stained Glass TV production.

The actress is also popularly known for her role as Sister Bettina in SABC1’s HIV/AIDS drama series Soul City.

She also starred in SABC1’s popular sitcom My Perfect Family in 2011 as Koko K and appeared in the second season of SABC3’s drama series The Lab.

A list of her other TV shows according to TVSA: