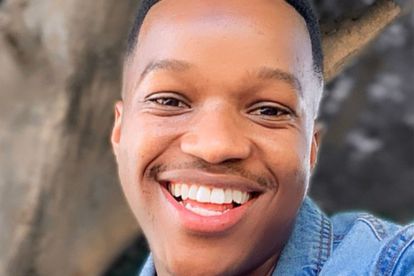 Former Rhythm City actor Bohlokwa Mpiti is back in front of the camera as Reggie’s son Karabo in Scandal!

The talented actor Bohlokwa Mpiti tells Drum Magazine that his latest character Karabo is in Scandal! excites him as it allows him to get out of his comfort zone.

“I love challenging roles, and Karabo is challenging to me. One would think that I look like a rich kid and it wouldn’t be too farfetched to play the character, but I didn’t grow up how Karabo grew up.”

“He is a very challenging character because now Bohlokwa needs to do what Karabo does, and that is uncomfortable. But it’s his life.”

“I am always eager to play such characters because I get to explore and do something that I’ve never done before, so I love that I’ll get to explore the emotions and everything else.”

The publication adds that in the storyline, Karabo is the only son of Reginald Pheko, played by Makhaola Ndebele.

“His mother passed away about 10 years ago. He’s very much of a spoilt brat who looks down on people. His relationship with his father strengthened after his mother’s passing.”

The actor also tells the publication that he relates to his previous character Zak from Rhythm City more.

“The comparison between Zak and Karabo is that they have different backgrounds. Zak was given away at birth and had a tough upbringing, while Karabo doesn’t want any piece of poverty. But I love both of these characters.”

“They are both challenging, especially with the languages because, firstly, with Zak [he speaks Zulu] which was so difficult, but I managed to do it.

“And with Karabo, yes, he speaks English, but also deep Sesotho. I am Sotho but do not speak the Sesotho that Reginald speaks.”

Bohloka says he is excited and grateful for the opportunity to be part of Scandal.

A lowkey softie? Mel Viljoen shows a softer side on ‘RHOPTA’