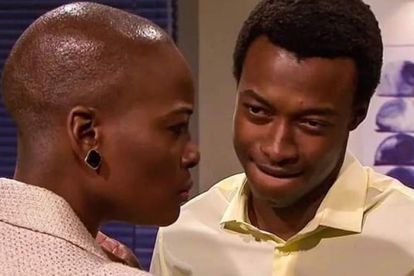 Popular actor Wavhudi Lidzhegu recently opened up about his Muvhango role as Vutshilo and his real life.

The star’s character has been trending recently for dating an older woman and for losing his girlfriend to his on-screen father- Azwindini.

Rising star Wavhudi Lidzhegu – who plays the character of Vutshilo in SABC 2’s Tshivenda soapie – Muvhango has opened up about his character.

The actor recently revealed in an interview with Sun Buzz that playing Vutshilo has been difficult.

His character is a spoilt young man with no morals, respect, or boundaries.

“Me, on the other side, I’m humble, respectful and I come from a Christian background.”

“I’d never talk back to my elders like he does and I don’t date older women.”

Lidzhegu says he’s had to defend himself to a lot of people because they think that’s the real him.

“I had to defend myself to my family.”

ALSO READ: ‘Muvhango’ Review: Will Tenda get killed and Mpho become a widow?

The young star adds that he got his big break on the popular soapie when he was just 16-years-old.

“I auditioned for the show when I was in grade 12 and they loved my audition.”

“Before then, I had never done any acting.”

“I fell in love with acting after I read John Kani’s books.”

He adds that he was very excited when they told him he got the call for a second audition.

“I started to attend some workshops and got some knowledge and got equipped.”

Wavhudi Lidzhegu has become a fan-favourite character on the show since he started dating his boss – Gugu played by Bukamina Cebekhulu.

There’s been a lot of chaos between Gugu and his character since she left him for his father.

Vutshilo attempted to kill his father – Azwindini (Gabriel Temudzani) when he found out that he stole his girlfriend.

His character also has a mental illness and was sent to a mental institution for several months after having a mental breakdown.