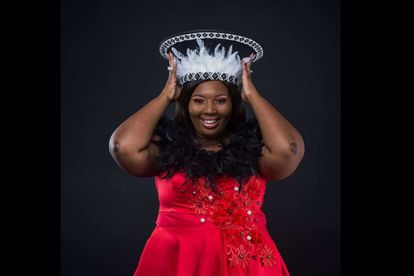 Nonkanyiso Conco recently got the country talking after she made her debut on The Real Housewives of Durban streaming on Showmax.

It is reported that the KZN-based entrepreneur – who was once one of Jacob Zuma’s best-kept secrets – made an unmissable entrance on the Showmax reality show and brought a new dynamic to the fray as she entered an already tense social circle in the fourth episode of a dramatic season so far.

‘Be fruity and Google me’

According to All4Women, once she met the Housewives, it was clear that not everybody knew about her illustrious career and her personal and political background. At one point when a member of the group admitted that she didn’t know her, Nonkanyiso quickly told her to “be fruity and Google me”.

Many took to Twitter to say that she is definitely bringing the spice.

Others mean that her introduction was worth the wait.

She is seemingly already some viewers’ favourite housewife.

Nonkanyiso was first introduced to the spotlight in 2018, when she was revealed as Zuma’s young fiancée with a 52-year age gap between the two. In April 2018, she gave birth to a baby boy that she shares with Zuma.

It was said Zuma had paid labola for Conco in preparation for their polygamous marriage, making Conco his seventh wife. However, in June 2020 the couple reportedly split.

Not much is known about the 26-year-old who lives a rather private life, including having a private Instagram account, but she is now opening the doors of her home to South Africa on The Real Housewives of Durban.

Aside from being a baby mama to the former president, she is the owner of her own beauty brand and a motivational speaker.

The Real Housewives of Durban is breaking records

A review of the launch day statistics on Showmax revealed that RHOD has broken all previous first-day viewing records, claiming the top spot on the streaming service.

Speaking about the success of the first episode, Candice Fangueiro, head of content at Showmax, said: “We know our reality fans come for the drama and if you’re looking for fireworks, the first episode of RHOD has it all, so we’re not surprised to see it break records.”

Springboks v All Blacks: 10 stats and facts to make you look smarter!

Springboks on brink of winning Freedom Cup – after 13 years!