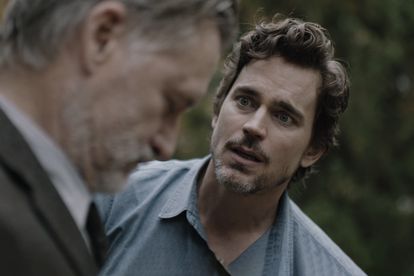 Netflix is set to bring you more binge-worthy content this July.

Take a deep dive into the work of renowned Mexican journalist Manuel Buendía who looks to unravel a murder and the ties between politics and drug trafficking in Private Network: Who Killed Manuel Buendía? all while Jean-Claude Van Damme comes back to our screens as Richard Brumère aka ‘La Brume’ (‘The Mist’), in The Last Mercenary, who is forced out of hiding 25 years after he made a deal with the French Secret Service to protect his son.

Learn the basics of rights and citizenship with upbeat songs by popular artists like Janelle Monáe, H.E.R., Adam Lambert, Brandi Carlile and more coming to Netflix on 4 July.

The Guide to the Perfect Family – Netflix Original Film

A couple in Québec deals with the pitfalls, pressure and high expectations of raising kids in a society obsessed with success and social media image coming 14 July.

Also making its debut on 14 July is private Network: Who Killed Manuel Buendía? A deep dive into the work of renowned Mexican journalist Manuel Buendía looks to unravel a murder and the ties between politics and drug trafficking.

Never Have I Ever: Season 2 – Netflix Original Series

When fashion blogger Saski walks into a Bali store looking for the perfect shoes for a big event, she inadvertently alters her destiny. Coming 15 July.

From monarchies to mea culpas, pooches to plastic surgery, explore a wide range of fascinating topics in this celebrity-narrated docuseries. Coming 16 July.

A career-driven 30-something must contend with a cutthroat workplace, a love triangle and her nagging mom. Coming 18 July.

In the show’s final season, a recently paroled Piper tries to get back on her feet while life in Litchfield, as corrupt as ever, goes on without her. Coming 27 July.

Twenty-five years after he made a deal with the French Secret Service to protect his son, an agent is forced out of hiding. Coming 30 July.

A high school jock makes a bet that he can turn an unattractive girl into the school’s prom queen. Coming 1 July.

Biden slams Trump for lacking ‘courage to act’ on 6 January

Bonang slams man who said fiancée was ‘not most beautiful, or intelligent’