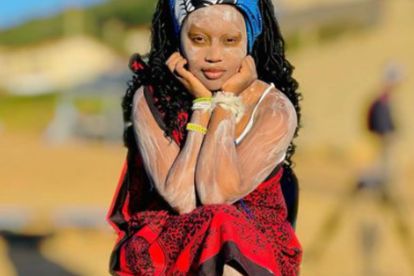 Talented actress Nelisiwe Sibiya, who shot to fame for her role as Dr Mbali Mthethwa in Durban Gen is looking forward to her character transitioning easing into a sangoma in the medical drama.

Dr Mbali Mthethwa, played by actress Nelisiwe Sibiya in etv’s Durban Gen has become a fully-fledged sangoma after the medical drama reached the end of season two on Friday, 30 September.

TVSA announced that the canned telenovela leaped forward five years and its extended version is the final season titled Season 2B.

According to TshisaLive, viewers will see the contrast between traditional and western medicine through Sibiya’s character in the final season.

The actress took to her Instagram account this week to discuss her role and shared how close she’s to the storyline.

“Thokoza nonke. I am so excited about this new journey and shift I took as an actress. The opportunity to portray different characters … I won’t lie this storyline is so close to my heart and it’s been so hard! Haweh mah! Shooting these scenes was the pits! So challenging! Overwhelming and powerful. I can’t wait for you guys to see this journey I took.”

Entertainment commentator, Phil Mphela announced in May that e.tv has pulled the plug on the show and it will air until January 2023.

Produced by Stained Glass production, Durban Gen is considered Mzansi’s version of Grey’s Anatomy with a dose of medicine, romance, and drama from the doctors and patients at the Durban General Hospital in Newlands East.

Other telenovela that got canned in 2022 include The Queen, Lingashoni and DiepCity.