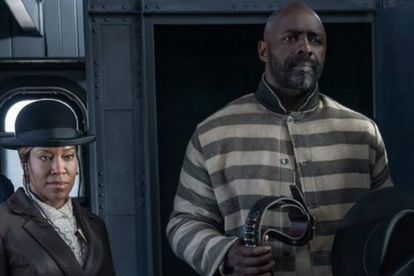 ‘I AM A HUGE PRETTY YENDE FAN’

Yende performs the composition in a scene between Nat Love (Jonathan Majors) and Rufus Buck ( Idris Elba) in the film.

Samuel who was also an executive music consultant for The Great Gatsby’s soundtrack in 2013 told Sowetan that he’s always been her fan.

He directed, wrote the screenplay and soundtrack and composed the score for the film, whilst rapper, Jay-Z produced the film.

The director tells the publication in an interview that one of the last songs that you hear in the movie is by the South African opera singer, Pretty Yende

A post shared by THE HARDER THEY FALL (@thehardertheyfallnetflixfilm)

The director tells the publication in an interview that one of the last songs that you hear in the movie is by the South African opera singer, Pretty Yende

“I go from the South African singer to Mayra Andrade from Cape Verde, to Lauryn Hill, and Jadakiss.”

“For me it’s all one sonic explosion of culture in this movie,” Samuel says.

Samuel also states that he watches Yende’s live performances on YouTube and the song she sings in the films appear three times in three different ways.

“I needed a black opera singer and I didn’t have to think who because I was a huge Pretty Yende fan.”

“She is a genius and her voice has texture and pain to it that I find in opera, but then somehow there is a soulfulness in there that I can only describe as African.”

Samuel says he wanted to show people that Pretty Yende could be in the same sonic landscape as Jay-Z.

He also says it was a dream come true for him when she Yende agreed to be part of the film.

The film, The Harder They Fall will be released on 3 November on Netflix.