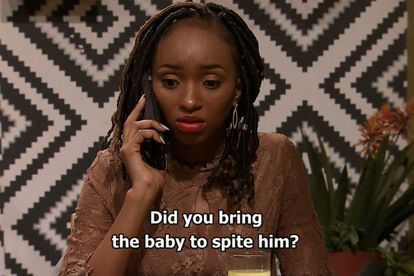 Tenda (Nathaniel Ramabulana) made a lot of enemies when he was working as a mayor in Thate and he also made enemies in his relationships. He broke his baby mama’s (Dee) heart when he slept with her best friend Mpho (Azwimmbavhi Rambuda) and impregnated her.

DID DEE PAY SOMEONE TO KIDNAP MPHO AND TENDA’S BABY?

Dee (Pandelani Mulaudzi) still had feelings for him when they broke up. Is she still in love with him?

Their baby was kidnapped by a mysterious woman at the hospital.

IS AZWINDINI A POSSIBLE SUSPECT?