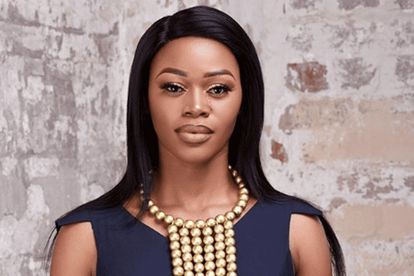 Two of female characters in Muvhango are pregnant in July: Marang (Sharon Seno), and Mpho (Azwimmbavhi Rambuda)…but only one of them will give birth.

Mpho will have an emergency C-section next month. Tenda(Nathaniel Ramabulana) will have to decide whose life is more important, their baby or Mpho’s life?

Mpho will wake up and get the terrible news that her baby is dead. This is not true however as a mysterious woman kidnapped her baby from the hospital

It is unclear who this woman is according to the teasers. However, as we know, only one person could benefit from Mpho and Tenda’s pain and that is Dee (Pandelani Mulaudzi).

Dee is Tenda’s other baby mama and Mpho’s former best friend. She felt betrayed when Mpho had an affair with Tenda and she never forgave them.

Did she plan the whole thing?

Mpho will not be able to locate her baby’s whereabouts because she gave away her calling as sangoma this month (June) when Tenda asked her to make a choice.

Mulumisi (Humbulani Tsharani) will step in and assist her in trying to find her kidnapped baby.

We’ll only find out towards the end of July what happened to her baby, who kidnapped the baby, and whether it is still alive.

IMANI FINDS OUT THE TRUTH

The show has been dragging Marang’s baby bump on for three months now.

First, we thought she’s pregnant and then Moipone (Mmabatho Mogomotsi) found out she’s not pregnant.

Imani (Zonke Mchunu) will get suspicious of Marang’s “pregnancy” in July. The truth about her pregnancy will be revealed towards the end of July.

Tebogo will also start withholding money from Mulalo as Mulalo wants out of the marriage.

Tebogo has however already exited Muvhango. The actress is currently playing the role of Seipati Moeketsi on Mzansi Magic’s Linganishoni

The actress told Sowetan in an interview that she is not interested in playing another villainous role after her Muvhango exit.