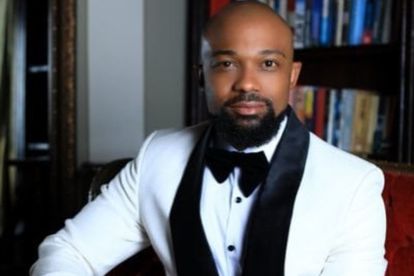 Actor Fezile Makhanya who is known for his roles in Isono and Muvhango has joined the cast of 1Magic’s telenovela The River as Mnqobi Luthuli.

Makhanya’s character is a charismatic pastor and politician.

FEZILE MAKHANYA: GETTING THE NEW ROLE

Seasoned actor Fezile Makhanya is elated to have joined the cast of the multi-award-winning telenovela The River.

The actor recently told SunBuzz in an interview that it was fate that he got this role.

“This is because a few days before getting it I was thinking to myself of how wonderful it would be to get a role on the show.”

“I got the call and was asked if I’d be interested in playing this particular.”

Makhanya adds that he couldn’t decline as he’s very excited to be adding value and telling a different side of the story to the show.

Fezile Makhanya’s character Mnqobi has a lot of rivals and has stepped into on a lot of people’s toes.

“He’s honestly a nice guy. I don’t want to give away the storyline. People need to watch and see how everything unfolds.”

Makhanya enjoyed playing the character because he’s different from his other characters.

Viewers will see Mnqobi going out of his way to get what he wants.

“He’s a lucky guy who is easy to get along with. He’s a well-to-do kind of person with a colourful lifestyle.”.

ALSO READ: Two deaths and a wedding: Inside ‘The River’ season four and season five

He played the character of Andile in Abo Mzala season three.