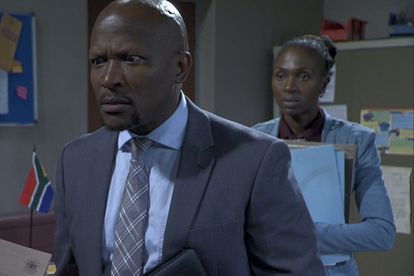 Mr Kgomo has a hot temper and an initial pessimism towards his employees and everyone he meets at the hospital.

He is a grumpy person by nature who doesn’t mince words, even to his sickly patients at the hospital.

Viewers hoped he’d find a more productive way to blow off steam after his daughter passed away last year, but he hasn’t.

Wallet (Molefi Monaisa) is a lovable character who charms everyone he meets with his travel stories and poetry.

But Mr Kgomo found him annoying, didn’t want to understand him and destroyed his career in the end.

When he fired him, Wallet lost his mind and held him hostage in his office.

He turned him into a loony bin, ruined his reputation and Wallet ended up in a mental institution.

Mantuli (Dieketseng Mnisi) relied on her job at the hospital because she’s been a single mother for years.

But her unreliability infuriated Mr Kgomo as she always absconded, had a foul mouth and never showed any gratitude for her job.

Mr Kgomo handed her a final written warning then fired her when she was absent from work without his knowledge.

Mr Kgomo is currently trying to destroy Lizzy’s (Amanda Manku) career because she shared confidential information with the Seakamelas and was caught fighting at the hospital with Glenda (Nozi Langa).

Fans are unimpressed with him at the moment because he doesn’t want to give her a second chance or understand her situation.

HERE’S WHY MR KGOMO IS MEAN

Mr Kgomo is rude because he has power over people, can’t control power and no one challenges him or calls him out on it.

He is so passionate about his work that he can’t handle incompetent or malfeasant employees.

He is stressed from his workload; lacks managerial skills and meaner than ever before because he’s still mourning his late daughter Kelebogile Kgomo.