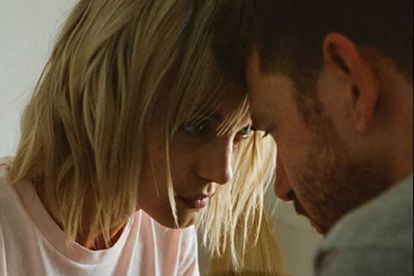 ‘n Meisie wat fluit word by die deur uitgesmyt! Or rather, “a girl who whistles, gets thrown out the door”. This Afrikaans idiom forms part of the title for writer-director Johan Cronje’s latest film, Meisies Wat Fluit, which is set to form part of this years’ kykNET Silwerskerm webinar.

And it seems there’s a good reason why:

“This old Afrikaans idiom means that girls who whistle are wild. And all the girls in this film are those types of girls,” Leandie du Randt, who plays the main character, Sofia, said in a video shared to her Facebook page. “That is what the title refers to”.

And it’s true. The women in this particular film, do not hold back or keep to themselves.

That is also clear seeing as the film, which has an 18/Sex and Language movie restriction, is Du Randt’s most risqué film yet.

“This was the truest and most real film that I’ve done,” she continued.

And that’s exactly why this film is making headlines. It’s said that Meisies Wat Fluit was initially written and directed as a television film, but the team were so impressed with the final product that they decided to hold back on its release for the 2020 Silwerskerm webinar.

“We were so impressed with the standard of the film which the team produced on a small budget, the quality of the script, as well as the acting, that we decided to hold the film back for the Silwerskerm webinar 2020,” said kykNET commissioning editor: comedy, drama and films Wikus du Toit.

“Johan Cronje has a fine focused talent to carve open contemporary relationships to the core and in a proudly Afrikaans manner, placing the spotlight on the small stuff that can resonate with any viewer on a bigger level.”

Cronje, who also penned the magnificent Wonderlus film, wrote this story about a young couple who end up back in bed together — for the first time in over a year — after their divorce.

Through the film, Cronje poses the question: “Is there hope for a second chance after an unsuccessful marriage? Maybe, but only if the rules are adhered to…”

And that’s exactly what the main characters Henk and Sofia try to do. They set up a list of “house rules” in order to be successful “friends with benefits”, seeing as they cannot fully let go of each other.

But, of course, things quickly go awry as jealousy and insecurity from both characters sets in.

Just like Wonderlus — which was considered to be “smart, brilliant directorial debut and a well-needed burst of fresh air to the rom-com genre, avoiding the clichés about love and marriage in favour of an honest, realistic viewpoint of relationships” — this film is also unique.

Meises Wat Fluit is not your typical romantic comedy. No, this is real life. And what’s more, this film touches base on how a whole new generation thinks and feels and how they ultimately do relationships.

In this case, it seems the relationship follows a “vroeg ryp, vroeg vrot ” or “too much, too soon” situation where Henk even describes it as they were just “too young and too wild” when they got married. And while their closest friends are getting ready to have children, or have children for that matter, the two of them battle to return to the “old us” as they refer to themselves in the film.

In the end, it’s messy because the relationship has changed them both and moving on is easier said than done.

“This film is real life,” Du Randt added before mentioning that in the real world, she’s lost her mother and got divorced and she is only 32 years old.

“I wanted to tell this story because I believe this is a reality for many (for more than people would probably admit). And that is why this film may shock some people.”

In the end, this film might just make you question your opinions about love, marriage or even happily-ever-after endings.

Meisies Wat Fluit has English subtitles and will premiere exclusively on Friday 4 September during the kykNET Silwerskerm webinar on DStv BoxOffice.