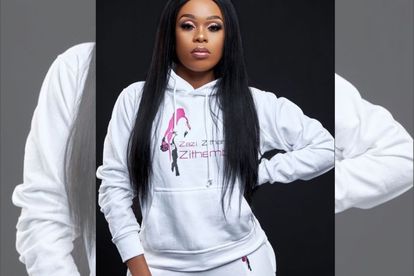 Actress Lusanda Mbane, who played the role of Boniswa Langa on e.tv’s popular soapie ‘Scandal!’, has officially exited the show after five years.

Grace (Bathabile Mashiho) found out from Poloko Mamba (Upile uThixo Bongco) that Boniswa was the one responsible for her son’s disappearance and death.

She then got a gun from Neo Mokgethi (Jerry wa Makhetha) and forced her to admit her deadly secrets.

In the end, Grace changed her mind about shooting her and pushed her down a building in front of her kids Xolile (Sivenathi Mabuya) and Chumani Langa (Ayanda Daweti).

MBANE DISCUSSES HER JOURNEY ON ‘SCANDAL!’

She told Daily Sun that leaving her character was bittersweet as she’d become a part of her.

Mbane also states that an actor is required to shift and make space for their character and that’s what she’d done.

Now I have to come back more to myself and remove Boniswa because she was really part of Lusanda.

She says that she was so involved in the character that she’d sometimes say something and notice that it was Boniswa that was speaking and not her.

The actress was grateful that she was given time to adjust and was given six months to let her go.

She also assures her fans that she’s adjusted emotionally and mentally and that she’s now fine.

Mbane continues to say that playing the character was magical because she started off as a supporting cast member and that her husband at the time was the main focus.

The former Scandall! actress says her role only got interesting when the production grew her character.

Yes, it was nice when she was a nice person and subservient wife, but for me when she started being entrusted with lying, murder, manipulation, and conspiracy.

That’s what brought out the different textures of who I can be as an actor.