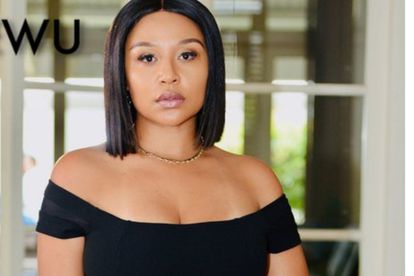 Angela Sithole is ready to shake thinks up as Zandile in ‘Imbewu: The Seed’. Image via Twitter @etvImbewu

Angela Sithole is ready to shake thinks up as Zandile in ‘Imbewu: The Seed’. Image via Twitter @etvImbewu

Imbewu: The Seed actress Angela Sithole — who has replaced Buhle Samuels as Zandile — is about to shake up things with her character.

The actress joined the show on Thursday 23 December as the gold digger Zandile.

Entertainment commentator Phil Mphela, announced this month (December) that Imbewu: The Seed replaced Buhle Samuels with actress Angela Sithole for the role of Zandile this season.

Mphela stated that Samuels got fired after she and the show couldn’t agree on her character’s latest storyline.

Zandile has already rubbed off the Imbewu viewers in a wrong way when she debuted this week.

Viewers of the show have noticed a change in the character as she’s gone from being a sweet woman to a gold digger who practices witchcraft.

Some have even compared her to Nqobile Sipamla’s character, Thokozile who also practiced witchcraft.

The December and January TVSA teasers suggest that Zandile will conjure all the dark spirits to help get her a man back.

Zandile begged her sugar daddy, Sipho to take her back and keep giving her an allowance in last night’s episode (23 December).

She is desperate for another sugar daddy because she’s behind on rent and she’s about to be homeless soon.

Zandile will get a new sugar daddy, Nkululeko who is going to give her 20k to wipe her tears away and buy her a new car.

She will also get a snake that demands to be fed babies which means that Nkululeko’s son’s (Mepho) life will be in danger.

Nokuzola’s unborn baby’s life will also be in danger when her water breaks because of Zandile’s dark magic.

Seasoned actress Buhle Samuels who’s been playing the role of Zandile for two seasons on Imbewu: The Seed had rubbished rumours that she was fired.

The actress said she declined the offer for season four because she didn’t want to play a gold digger.

She took to her Twitter account and stated that she was also not fired from Muvhango where she played Matshidiso.