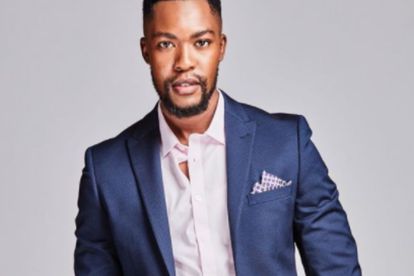 Lebo Msiza who plays Clive in ‘The Queen’ chats about his character. Image via Instagram @lebohang_Msiza

Lebo Msiza who plays Clive in ‘The Queen’ chats about his character. Image via Instagram @lebohang_Msiza

Model and actor Lebo Msiza who plays the role of Clive in Mzansi Magic’s The Queen discusses his villainous character, other roles, and life before the telenovela.

The actor stated in an interview that his passion for acting goes back to when he was in school.

Also read:‘Akhona leave Clive!’: ‘The Queen’ fans are triggered by the GBV storyline

PLAYING CLIVE IN THE TELENOVELA

Lebo Msiza’s character – Clive – has been trending on social media since he joined The Queen last November.

“The brief for Clive was very clear, and that was to look at her as if I am looking into her soul.”

“So I have been very intentional about maintaining eye contact .”

“…and that no matter what else is going on, to always keep the focus on her.”

Clive gets under a lot of people’s skin as he’s abusive and controlling towards Akhona, played by Khanya Mkanyisa.

The 29- year-old also models, dances, and dabbles in music when he’s not playing Clive on our screens.

Fans of the actor also know him from his popular role as Nkosana on SABC2’s popular telenovela – Lithapo where he played a similar manipulative character.

Lebo Msiza has also appeared in soapies such as Generations: The Legacy, Rhythm City, Ring of Lies, Maseko Ties, and more.

The actor also stated in an interview with News24 that he felt like he was suffocating when his parents insisted, he studies BCom Accounting.

“I felt like I was suffocating while doing accounting,”

He dropped out to pursue his dream of acting and has been impressing Mzansi since.

REACTIONS FROM ‘THE QUEEN’ FANS

“This Clive guy on the queen is getting on my nerves.”

“I hate that guy, can’t even watch the queen anymore, today’s episode got me so mad.”

“Men’s Conference in few days..gents we need to discuss this man!”

“I hope women out there with men like Clive get the strength to leave.”

“Yho watching The Queen isn’t easy. I hope we can leave dark & inhumane situations like that.”

“Time for Clive and his disgusting behaviour yoh lentwana.”