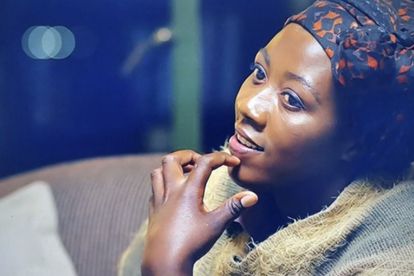 South Africans have come out in numbers to land a helping hand to the 26-year-old woman, Makhosazana “MaShelembe” Shelembe who appeared on Tuesday’s episode of ‘Mnakwethu’.

The latest edition showed Bheki Langa asking Musa Mseleku‘s assistance in getting permission from his wife, MaShelembe, to accept his mistress, Hlengiwe “MaSithole” Sithole as his second wife.

What made this episode different from previous episodes, was the fact that Langa had already paid lobola for MaSithole.

Langa’s new wife, also revealed that she is four months pregnant with his child.

MaSithole also surprised viewers when she revealed, she would divorce Langa if he got a third wife as he needed to get permission from her.

MaSithole also revealed that she is the “pillar” of the household and not the first wife.

#MnakwethuMzansi viewers on Twitter were so saddened by the emotional abuse MaShelembe was going though in her marriage.

They were also left heartbroken when she revealed, that her husband no longer spends time with her.

Viewers have since offered her spa treatments, offered to pay her therapy sessions, a job, a house to stay in, and have also offered her financial assistance.

MaShelembe has now told Daily Sun, that she is currently seven months pregnant with Langa’s baby and she’s ready to leave him with his new wife.

“I love Bheki but I am ready to leave him.”

“I am currently seven months pregnant with his baby but he still disregards me.” – she said

Also read: Polygamist Musa Mseleku: Wife No 5 ‘must not be a feminist’