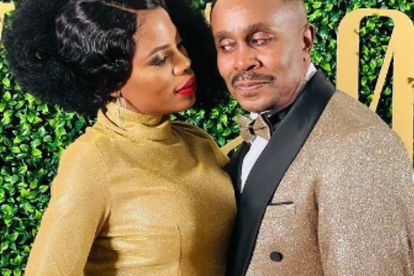 ‘You made me shiver’: ‘House of Zwide’s’ Faith Zwide praises Funani. Image via Instagram @winnie_ntshaba

‘You made me shiver’: ‘House of Zwide’s’ Faith Zwide praises Funani. Image via Instagram @winnie_ntshaba

House of Zwide actress Winnie Ntshaba, who plays the villainous Faith Zwide in the fashion drama took to social media this week to praise her on-screen husband Vusi Kunene, who plays Funani Zwide.

‘THE WAY YOU LOOKED AT FAITH GAVE ME SHIVERS’

The legendary actress Winnie Ntshaba says she can’t get enough of how Vusi Kunene executed the role of Funani Zwide and that it’s an honour for her to play alongside him as Faith in House of Zwide.

“What an honour to be able to play and tell this story with the legend….. I salute you, I thank you!! Joh but the look you gave Faith today gave even me shivers???????????? …. Kuyashuba manje…. Ziyakhala, ziku loud speaker @houseofzwide.”

Vusi Kunene’s character Funani has been a hit on social media since he found out that his wife Faith betrayed him by keeping his daughter, Ona’s identity a secret.

Funani also found out that Ona’s adopted father Isaac has been helping Faith with the secret and that they killed his first wife Busi Zwide, who was Ona’s (Nefisa Mkhabela) mother.

Tonight’s teaser also reveals that Isaac (Jeffrey Sekele) and Funani will wrestle for the gun which will go off and Isaac will get arrested.

The season finale teasers reveal that Funani and Isaac will trap Faith into confessing to killing Busi and keeping Ona a secret and that she’ll get arrested.

The season finale will premiere tomorrow night, 15 July and the new season will begin on Monday 18 July.

The show which took over from Rhythm City a year ago is currently the second most watched programme on e.tv with an audience peak pull of 4.6-million viewers.