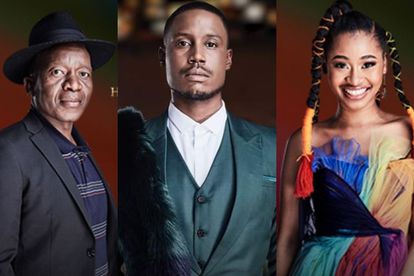 Tonight’s teaser reveals that House of Zwide’s Nkosi will have a flashback of Isaac being in the same house fire that killed his mother and his sister Zobuhle aka Onalerona Molapo. He will also share his memory with his father Funani, who will get Ona’s hair sample tested.

THE END OF THE ROAD FOR ISAAC AND FAITH?

House of Zwide viewers are hoping Nkosi (Wanda Zuma) will realise that he and Ona are siblings when he remembers that Isaac (Jeffrey Sekele) was in the same house that caught fire and killed their mother.

We know that his stepmother Faith has been keeping his sister’s identity a secret from him and Funani (Vusi Kunene) with Isaac’s help.

We also know that Molefe (Motlatsi Mafatshe) knows the truth and wasn’t able to tell his sister Rea and his ‘niece’ Ona the truth about what happened 20 years ago.

The show also hinted the truth will be revealed when they shared snippets of this week’s episodes on their social media accounts over the weekend.

Funani will also remember his mother telling him last year (September 2021) that Ona (Nefisa Mkhabela) is his daughter this week.

His mother got killed by her daughter-in-law Faith (Winnie Ntshaba) before exposing her for killing Ona’s mother and kidnapping Ona.

The TVSA House of Zwide June teasers reveals that Ona’s fake mother Naledi will leave and Funani will negotiate Ona’s return to the fashion house on Wednesday, 29 June.

“Nkosi confides in Dorothy who is stunned at what she hears.”