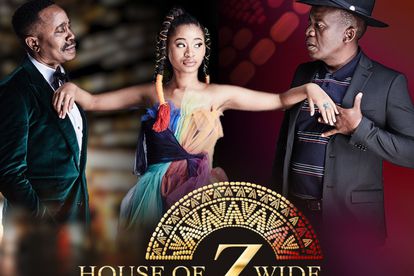 Viewers of the fashion drama House of Zwide are fuming over Ona and Funani’s identity storyline which has been dragging for almost a year and have demanded the channel e.tv cancel the show if writers don’t expose Isaac and Faith soon.

‘FUNANI MUST FIND OUT ABOUT ONA’

The House Of Zwide viewers want Funani to find out that Ona is his biological daughter and are demanding for the e.tv to can the show if he doesn’t find out soon.

It’s been almost a year since the fashion drama revealed that Funani’s wife Faith hid Ona’s identity from her husband and killed Ona’s mother so that she can have Funani to herself.

This is after Ona (Nefisa Mkhabela) and Funani designed the same dress last week and Funani demanded Ona to hide her design so that he can shine the Joburg Fashion Week.

Ona’s grandmother revealed in September 2021 that Ona is Funani’s daughter, and was close to exposing Faith Zwide (Winnie Ntshaba) for killing Ona’s mother before she got killed.

Her son Funani (Vusi Kunene), and her husband did not believe her theory as she had no real evidence to back up her belief.

A sangoma also revealed that Funani’s life will never be at peace until a Zwide child is uncovered and cleansed.

“I swear House of Zwide is gonna be those typical soapies based on a secret. Whenever the truth is about to come out, something happens and it doesn’t come out until the storyline is worn out and boring.”

ALSO READ:SOAPIE QUIZ: How well do you know ‘House of Zwide’ WIN R1 000 in cash!

“If Ona isn’t a Zwide by next week, I’m gonna go back to Elif in the next channel.”

“Seems like #HouseOfZwide has only one storyline, Ona and the Zwide’s.”

“Bathong so House of Zwide don’t want the secret about Ona being Zobuhle to come out so we can keep watching the soapie but for how long at this point I feel like this is their only storyline.”

“And if they want to wait till then they need to stop playing in our faces with these reminders, it’s not like we forgot.”

“And the only thing they do with the Ona being Funani’s daughter angle is set her up to be hurt time she time again. I’m gatvol.”

ALSO READ:‘Molefe is carrying the show’: ‘House of Zwide’ viewers