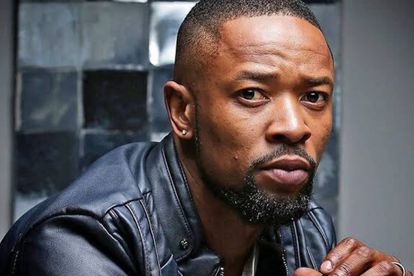 While many fans of the The Queen has been left shattered by the news of SK Khoza being fired from the hit soapie, others reckon it was about time! While Khoza boasts an impressive resume, even before joining The Queen, his portrayal of Shaka Khoza has made him one of the most prominent stars on South Africa’s small screen.

Mzansi Magic, which airs the soapie, has confirmed it is parting ways with Khoza. The decision is believed to be the worrying allegations of women abuse that have been levelled against the actor by his estranged fiancee Ayanda Hlongwane. Sunday World reported in October that Khoza allegedly assaulted Hlongwane at her Fourways home after a nasty argument. Hlongwane alleged that Khoza lost his temper during an argument and started beating and kicking her before dragging her on the floor.

Why was SK Khoza fired from The Queen?

That’s not all: Several months ago, SK Khoza was in the headlies for all the wrong reasons, again! A female cashier at a Sasol garage in Midrand alleges that she was assaulted by The Queen star and his sister. According to the cashier, Khoza’s sister had hit her in the face with a scanner after an altercation over the packaging of a bouquet of flowers he had bought from the garage.

In July, he also admitted to being emotionally abusive towards his estranged fiancee.

“Keeping things that break your spirit and hurt you inside is not always a good thing. I have come to realise that I have done so and I ended up not realising that I was taking it out on my fiancée Mandy Hlongwane … whenever I do talk about what is affecting me I would not address it in a calm manner and in turn I didn’t see that I was hurting her and in a way I was being emotionally abusive towards her,” he wrote on Instagram.