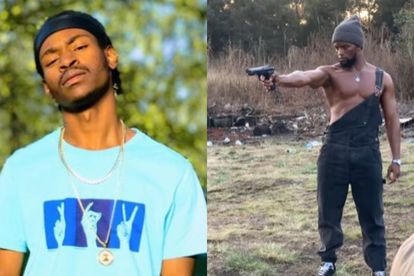 Mazet donated blood for her after she realised she’s got two kids who are still dependent on her and might donate her kidney too.

“Zibuko refuses to give in to his feelings for Mazet.”

Zibuko will be the second man Mazet dates in the telenovela after her failed relationship with Ntokozo (Ntobeko Shishi).

A Gomora viewer revealed this week that the popular actor Senzokhuhle “Senzo” Radebe is now part of the main cast.

“So, las this Zibuko character is part of the main cast? What a wow!”

Radebe’s character is particularly close to characters MamSonto, Mazet, and Stompie, who were Sdumo’s ‘friends’ in the telenovela before the actor who played the character passed away in May this year.

Sunday World reported that Siyabonga Zubane took his own life on Saturday (7 May).

A family member tells the publication that the actor’s death is a “great loss”.

“He was nothing close to Sdumo. He was a nice shy guy who loved and respected people,” said a family member to Sunday World.

A source from the industry told the publication that the industry comes with lots of hardships and disappointments.

“Our industry is not as glamorous as people think it is it comes with too many hardships and disappointments that can have a negative effect on any young and upcoming actor,” said the source.