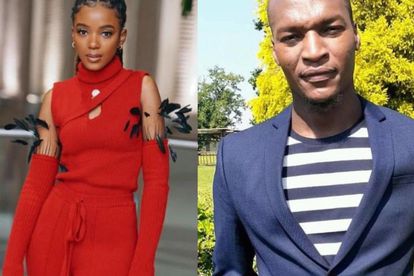 CHRIS RADEBE: “I WAS EMOTIONAL ABOUT BUHLE’S UNTIMELY DEATH”

“I left Gomora a couple of months ago, but it remains my favourite local show. So I was just as emotional as the next viewer when I saw Buhle’s tragic, untimely death on Friday.”

Radebe adds that the Blood&Water star is one of the loveliest people he’s ever met and that he couldn’t resist stopping for a chat when he saw her in the makeup room at the studio.

“I told her I was mad at her for leaving because her departure was ruining all the plans he had for season 3.”

The actress replied: “I’m sorry. So are you gonna kill her?”

The head writer Radebe who wrote for shows such as Uzalo, Isibaya, and many more shows got replaced by Chisanga Kabinga in June.

Kabinga is a seasoned writer and producer who’s written for soapies such as Muvhango, The Estate, Generations, and many more.

Qamata’s role has been trending all week since her character got shot and killed by Qhoqhoqho this past week.

AMA QAMATA’S NEXT ROLE AFTER ‘GOMORA’

Fans of the actress believe the model and actress permanently exited her role in Gomora to film season three of Nextflix’s Blood&Water.

Qamata also took a break in season two of the Mzansi Magic telenovela to film the hit coming of age series Blood&Water.

Viewers were devastated when her character got killed this season as her on-screen mother Thati, (played by former Generations actress Katlego Danke) also lost a child Langa Ndaba (Siya Xaba) at the end of season two.