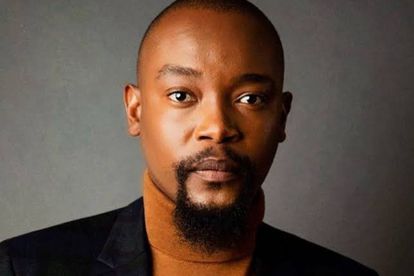 Gomora viewers are puzzled by TV personality Moshe Ndiki’s character and storyline, who joined the popular telenovela this season as Mr Faku. He plays Gladys Dlamini’s family friend and a struggling educator at Gomora High.

Viewers of the popular telenovela Gomora took to social media this week to troll Mr Faku’s personality and storyline. Fans also demand to know how the actor scored the role as ‘he can’t act’ while some fans revealed that the actor probably got the role because of his huge social media following.

The actor made headlines last season for dragging Melusi (Zolis Xaluva), Gladys (Thembi Seete), and Thati’s (Katlego Danke) love triangle storyline on social media and admitted he’s a huge fan of the show and was even invited on set.

The actor-presenter portrays Andile Faku a teacher whose life has been ruined by the ugly habit of gambling.

He lost his lavish Sandton life and his cushy private school job because of the habit, landing him at Gomora High, and thinks his new gig is beneath him, according to Sowetan.

Viewers have also criticised Ndiki’s humour and feel that he’s overdoing it as his style of acting doesn’t fit the telenovela.

“Yoh bathong this season is not giving at all. So much chaos. As for Mr Faku trying way too much. The plot is lost.”

“This Mr. Faku or whatever the f*$hk nonsense character is so boring. It sucks. I can’t follow it.”

“Who on earth thought this Mr Faku character was a good idea?”

“What hell is Moshe Ndiki doing on there?”

“That guy must stick to Rea Tsotella.”

“He brings the same annoying character to all the shows.”

“On top of the crappy storyline, you now subject us to Moshe Ndiki’s bad acting and stupid storyline.”

“Does @Multichoice know how much you are contributing to their declining viewers!?”

“Don’t we have real actors in SA mara?”

“So unfair that we have to be subjected to nonactors who are so bad!”