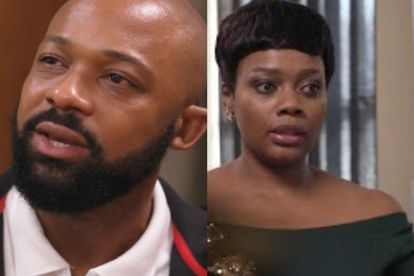 Why ‘Gomora’ viewers think Jackie was a terrible principal. Images via Twitter @MzansiMagic

Why ‘Gomora’ viewers think Jackie was a terrible principal. Images via Twitter @MzansiMagic

Gomora viewers haven’t been impressed with Pretoria-based actress Leera Mthethwa’s character Miss Jackie Hlongwane since she took over the role of acting principal this season and feel that Nkosinathi Cele would be a better acting principal.

Jackie took over as acting principal after the departure of Principal Melusi Dlamini (played by Zolisa Xaluva) in season two.

Viewers of the Mzansi Magic telenovela – Gomora applauded the Gomora education department for swopping Jackie with Nkosinathi (Fezile Makhanya) for the role of acting principal as they feel that the role is too big for her.

Jackie who was a fan-favourite character in seasons one and two hasn’t won the hearts of ‘Gomora’ viewers this season because she was irresponsible.

Fans criticised her for hiring Mr Faku, who was labelled the worst teacher at Gomora High, and for dismissing one of her colleagues Miss Biyela for correcting her errors.

Jackie was also responsible for Sibongile (Nandipha Khunoe) meeting her sugar daddy Mr Leballo who preyed on her and took her virginity.

WHY NKOSINATHI WOULD BE A GREAT LEADER

Actor Fezile Makhanya, who joined Gomora this season as Nkosinathi Cele revealed that his character will be strict with learners and parents, which is what the community needs right now.

Viewers feel that the school lost credibility when Melusi left and Nkosinathi would be a great leader compared to Jackie.

“Jackie bit more than she can chew. When are we getting the new principal mara? That seat is too heavy for Jackie. “

“Mr Faku & Jackie’s storyline is making me feel like a Popeye. ”

“Jackie bathong how rude are you towards Ms Biyela I’ll hate to see you eating your own words….and apologies to her soon.”

“Mara, what does this schemer Mr. Faku have on this so-called acting Principal?”

“She seems to just turn a blind eye and I thought Jackie was a smart lady but I wonder now. “