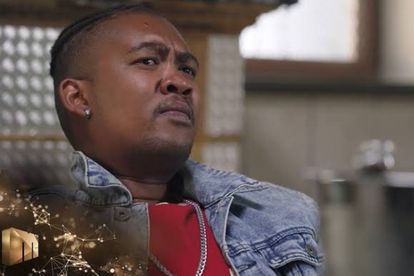 Actor Robert Mpisi who plays the role of London on Gomora has exited the telenovela.

This is after Mpisi’s character drank poison on Friday (1 October) that was meant for Don (Israel Zulu).

Mpisi who’s been with Gomora since season one joined Scandal! to play the role of Zenzele Kubeka.

The TVSA October teasers have stated that Don will be replacing London with Ntokozo (Ntobeko Shishi) in his hijacking crew.

London led the hijacking crew at the end of season one when MamSonto played by Connie Chiume temporarily exited the show to shoot Black Panther Two in the United States.

Ntokozo will be going back to his old life of hijacking cars and killing people this season when Mpisi exits the show.

Ntokozo has admired Don since he met him and wants to be loved and appreciated by Don because his father failed him.

Mpisi’s role on Scandal! is similar to his Gomora role as both characters are troublemakers, heartless and manipulative.

Zenzele Kubeka became one of the most hated characters in Soapville after he killed fan-favourite character Quinton Nyathi (Brighton Ngoma) on Scandal!.

The actor joined Scandal! alongside veteran actors Slindile Ndogana and Fana Mokoena who play his parents, Nomvula Kubeka and Vukile Kubeka and Sihle Ndaba as his sister (Dudu Kubeka.