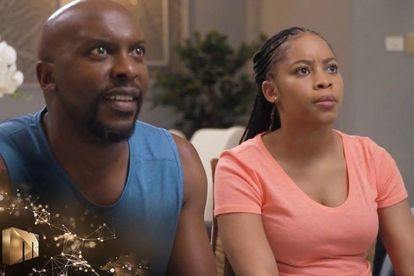 ‘Gomora’ Review: Phumlani and Mazet are soulmates and love each other. Image via Twitter @MzansiMagic

‘Gomora’ Review: Phumlani and Mazet are soulmates and love each other. Image via Twitter @MzansiMagic

Gomora’s Phumlani and Mazet would’ve ended up together in another life if he didn’t marry Thati to avenge his brother’s death.

They are a perfect match because she sees through his dark side and understands him better than Thati.

Gomora’s most-hated villain – Phumlani (Buyile Mdladla) surprised viewers last week when he admitted he has feelings for Mazet and that marrying Thati was part of his plan.

“Phumlani’s love for Mazet puts him in a catch-22 situation.”

He also assisted Mazet to get released from jail because she’s wheelchair-bound and he pitied her.

Viewers have been suspicious of his relationship with Mazet since the pair met.

He’s been helping Mazet (Siphesihle Ndaba) with physio and also believed that she would one day walk again.

Mazet had a feeling that there’s something fishy about him since they met and hasn’t been able to share it with anyone.

At some point, Mazet and Thati (Katlego Danke) seemed to be competing for his attention when he was assisting her with physio.

Both Thati and Mazet’s ex-boyfriend at the time – Ntokozo (Ntobeko Shishi) were suspicious of their friendship.

THE REAL REASON HE MARRIED THATI

He blames MamSonto and hasn’t forgiven her for what happened to his brother – Bongeni (Themba Ndaba).

He planned to kill Thati to hurt MamSonto so that she can feel the same pain he’s still dealing with.

Mazet might be the only person who will believe Thati when she reveals what Phumlani did to her and why he got killed.

The teasers reveal that Mazet will be on a hunt to find out who ‘M’ is because her gut is telling her that there’s something wrong with Phumlani and that he’s not who he pretends to be.