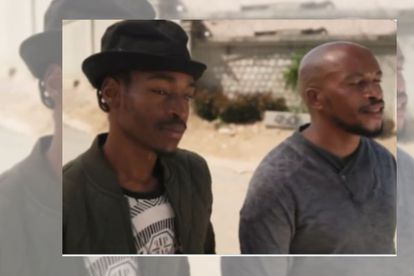 The actor reportedly committed suicide a few days and was laid to rest this past weekend.

Fans of the Gomora actor Siyabonga Zubane got emotional last night when they saw him in the telenovela for the first time since he reportedly took his own life a few days ago.

Viewers applauded the late star for his stellar performance as a hijacker and the show paid tribute to him in the end.

The late actor currently plays a supporting role as a Sdumo … it is unclear for how long he’ll appear on the show.

“I mean cars We going to miss you on our screens abuti.”

“People are going through a lot, fighting battles we know nothing about.”

“My heart broke when I saw Sdumo.”

“Seeing Sdumo on my TV screens still feels so unreal. His Death is so deep.”

Seeing Sdumo is making me sad.

“It’s so sad that we’re watching Sdumo on our screens knowing that he passed away.”

“No way. You literally did the whole #RIP Sdumo only to show his scene today?”

“People look happy but we don’t know what they are going through deep down in their hearts.”

“Seeing Sdumo broke my heart into a million pieces.”

“May His soul rest in peace. We’re going to miss him.”

“What I’d love to see, is Sdumo’s character being phased out by maybe saying he went away and not removing it with violence/death.”

“It’s still so fresh and too sad as is that he’s really gone.”

WATCH: All the scenes of celebration from Banyana’s WAFCON triumph

Eskom shuts down Seboka substation due to vandalism

SA prisons are overcrowded – but by how much?

Daily devotion: Your bible verse and prayer for 24 July 2022