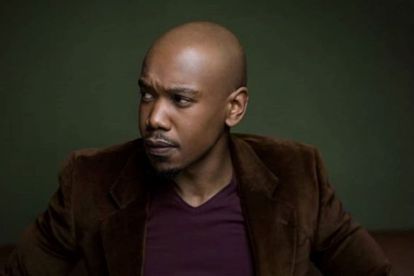 The June teaser for the popular soapie Generations: The Legacy reads: “Mazwi is floored to hear what’s to happen with Smanga’s car…”

This is the first time in a year that Smanga’s name is mentioned on the show since his 2020 departure. Fans of the actor were shocked and heartbroken when he announced his exit last year on his Instagram account.

The show’s publicist Nandipha Phantsi also confirmed his departure to Move magazine at the time and stated that the actor was no longer part of the cast.

A year before his departure from the show, Mothibedi mentioned in an interview with The Sowetan that he was struggling with the male abuse storyline that he was involved in. The storyline, which highlighted male abuse, was the most challenging storyline for the actor.

Other new arrivals on ‘Generations: The Legacy’:

Daily Sun has confirmed that actress Khabonina Qubeka — who is best known for her role of Nina Zamdela on Isidingo and Doobsie on Muvhango — will be joining the ranks of Generations: The Legacy to play a diplomat named Oby.

Qubeka stated in the interview that she’s always wanted to be part of the show.

“I told myself that one day, eventually when I join I want it to be powerful and impactful because I love and respect that show. It is one of the shows that groomed us and inspired us to be who we are today.”

Another actress who has joined the show, is Zola Nombona who will make her debut this Thursday 10 June as Siyanda’s wife, Pamela.

It looks like Tracy (played by Zizipho Buti) might not keep Luyolo’s (Karabo Maseko) baby. We know that Tracy is HIV-positive and she might not want to risk infecting her baby despite there being precautionary measures that can protect the baby.

Her baby daddy, Luyolo, is also a doctor and knows Tracy’s status. If Tracy terminates her baby, she might regret it as she’s making this decision out of fear!

Kabisi Moroka (played by Mpho Molepo) is going to find out that there’s something seriously wrong with his health. Let’s hope whatever he is diagnosed with, is curable and he won’t have to exit the show.

Perhaps Smanga will return once he finds out that his uncle isn’t well?