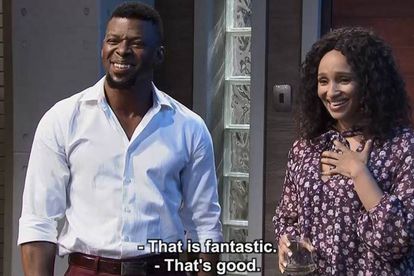 #GenerationsTheLegacy on Twitter were convinced that Kumkani (Vuyo Dabula) was going to permanently eliminate Ayanda (Samela Tyelbooi) when he found out that she’s the one who sold him out to the cops.

He was ready to eliminate her when he was under his wife Oby’s (Khabonina Qubeka) spell but that all changed when the spell wore off.

Kumkani has now given Ayanda another chance to redeem herself and the two are working on their friendship.

Ayanda is like family to Kumkani because she has a child with his older brother Tau (Rapulana Seiphemo) who is in prison.

We saw this in his past relationships with Tshidi, Zitha (Zoey Mthiyane), and Sphe Moroka (Pearl Monama).

Viewers will see the pair flirting tonight (3 September) according to the show’s teaser last night.

Ayanda’s daughter Nontle will also have a hard time accepting their relationship because she doesn’t her father to be replaced.