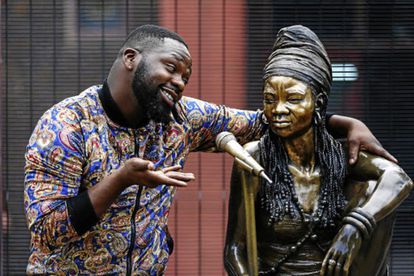 Award-winning musician and producer Bongani Fassie, who is the only son of the late iconic pop sensation Brenda Fassie, has returned to the limelight with his own reality show, titled Finding Bongani. The brand new show which premiered this weekend, will focus on Bongani’s life after his mother’s passing.

The Afropop singer, songwriter, dancer and activist Brenda Fassie, affectionately called MaBrrr by fans, passed away at the age of 39 in 2004.

Audiences will meet the late Brenda Fassie’s family and friends who were close to the Weekend Special singer and will share stories about the ups and downs she faced in the entertainment industry.

Bongani quoted in a News24 article: “People reported that my mother died from a drug overdose, which is complete misinformation. I have my mother’s death certificate. No one saw the post-mortem but they concluded that it was a drug overdose. And this has traumatised me for years.”

Bongani Fassie to open up about personal struggles

The musician also stated how his mother’s death affected his mental state which led him to attempt to take his own life several times. This reality show will be a chance for the Jozi producer to clear the air about his mother, his life and their music careers.

The award-winning producer, who was just 17 years old when his mother reportedly died from a cocaine overdose, will also share with viewers how he had to survive in society and fend for himself.

Fans of Bongani will also get a glimpse into how he managed to win the rights to his mother’s biopic and the battle he faced in the court of law against Brenda’s former manager and producer, Sello “Chicco” Twala.