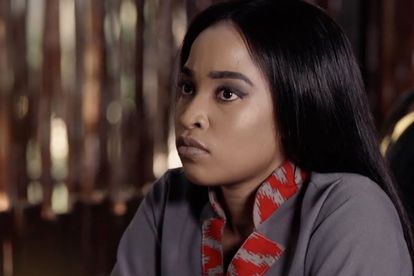 Award-winning actress, Cindy Mahlangu, who plays the role of Siyanda on The Queen has resigned from the Mzansi Magic telenovela.

The news of her resignation was announced by Phil Mphela a day after he announced MultiChoice fired her co-star, SK Khoza, who plays the role of Shaka Khoza on the show.

Her character was killed in June 2020, the same month that SK Khoza’s character, Shaka Khoza, rose from the dead.

It was revealed that Mahlangu took a break from the show so she can join e.tv’s Scandal! to play the role of Violetta Mamba.

The show announced her return on their social media accounts in November 2020 after her character was killed on Scandal!

“Hope y’all are ready to watch your girl Cindy Mahlangu as she makes her highly anticipated return on The Queen this week.”

The actress rubbished claims that she was fired by the production company and said she left the show on good terms.