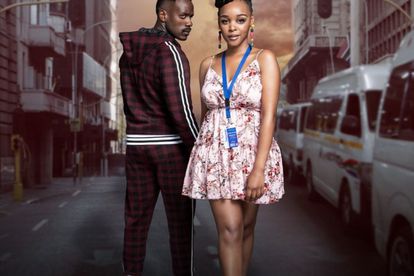 Showmax has revealed that actress, Mbalenhle ‘Mbali’ Mavimbela, has been cast as Hlomu in the upcoming drama series, The Wife days after revealing who will be playing the brothers and fans are unhappy.

The Wife fans feel that Mavimbela, who plays the role of Nothile, on SABC 1’s educational soapie, Skeem Saam, isn’t the right actress to play the role.

While fans are looking forward to the upcoming show, they have felt that the production team’s casting choices are not spot on.

Fans stated that actresses, Mapaseka Koete-Nyokong, who plays Dintle Nyathi, on Scandal! or Tebogo Khalo, who played Puleng, on Rhythm City would’ve been a better fit as they fit the description of Hlomu from the books.

Tweeps also stated that The River actor, Thembinkosi Mthembu, who plays Mabutho on the 1Magic telenovela should’ve been added as well as Imbewu: The Seed actor, Muzi Mthabela.

The upcoming drama series is produced by Stained Glass, who are the creators of Uzalo, Lingashoni, eHostela, and Ifalakhe.

The books follow the lives of the eight Zulu brothers, a formidable crime family, through the eyes of their wives.

Also read: First glimpse of Mqhele and the Zulu brothers in Showmax’s telenovela ‘The Wife’