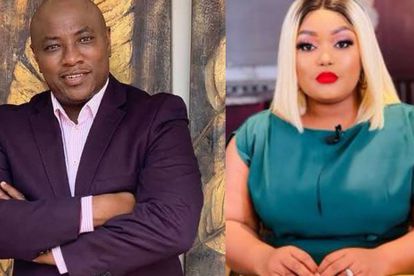 Musa and his wife Thobile Mseleku are set to appear in e.tv’s ‘Durban Gen’. Images via Twitter @PhilMphela

Musa and his wife Thobile Mseleku are set to appear in e.tv’s ‘Durban Gen’. Images via Twitter @PhilMphela

The pair will appear in April according to entertainment commentator Phil Mphela.

The popular reality TV star and polygamist – Musa Mseleku and one of his wives – Thobile Mseleku will be on Durban Gen for two episodes.

Entertainment commentator Phil Mphela explained that the show is casting many actors and multiple media personalities because the show is a procedural telenovela that has many stories running within one episode.

Mphela added that the main story plot ties the lead characters but primarily each episode has its beginning and ending.

This is why the show will have many actors come and go.

“Zodwa Wabantu did it, MaMkhize did it, Musa and Thobile Mseleku can ‘did it’ too.”

“The industry continues to look down upon young kids who used their last cents to go study drama and other related courses.”

“They are overlooked because of all these people with money and so-called reality shows who continue to bore us.”

“Just cause something has been done, it doesn’t mean that it must continue.”

“So because apartheid was done in SA it must be allowed to continue in Israel?”

“Well we are tired of them.”

“You guys still don’t understand what a cameo is.”

“Please don’t say that MaKhumalo will act as a pregnant wife.”

Catch your favourite stars in Durban Gen, on weekdays at 18h30 on e.tv.