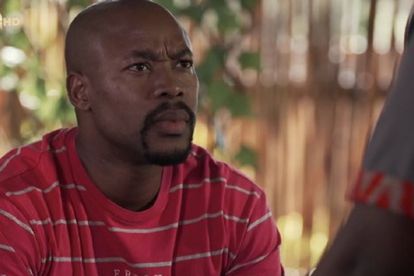 The Queen and Entangled actor Vuyo Ngcukana who plays the roles of Schumacher and Sizwe respectively has ‘quit’ social media.

This comes after entertainment commentator Phil Mphela reported that the seasoned actor got fired from the telenovela.

Entangled actor Vuyo Ngcukana – who’s been playing the role of Schumacher since season one of The Queen has quit Twitter.

The star who currently plays the role of Sizwe in the dramedy – Entangled was allegedly released over contractual issues.

Viewers of the show believe that he failed to show up for shooting on The Queen because he was busy shooting Entangled.

He stated on Twitter that the news of him getting fired from the show has negatively affected his family and tweeted that he’s quitting.

“This has been an attack on my professional reputation which has caused my family, loved ones, and business associates stress.”

“At the very least, I’m disappointed but not surprised. I have not been fired from The Queen.”

In a since-deleted tweet and an article by Daily Sun Ngukana claimed that the reports have resulted in his aunt being sick and said he’s quitting Twitter.

“After seeing how sick my aunt got from what many think is a ‘silly’ story that I should get over.”

“I only have one thing to sort out and I’m out of here. Twitter is not a place I want to be at.”

ALSO READ:DStv confirms replacement for ‘The Queen’ and cancellation of ‘Lingashoni’

Vuyo Ngcukana’s co-star Brenda Ngxoli – who plays the role of Noma in The Queen refuted claims that she quit the show.

Mphela revealed that she hasn’t shown up for work in a month and that she resigned over salary disputes.

DStv confirmed reports by Mphela last week (4 March) that the show is ending in January 2023 after almost seven years on the small screen.

This was after the show denied claims that it’s being cancelled on Facebook last week.